ALL YOU NEED TO KNOW ABOUT SOTO TICKET 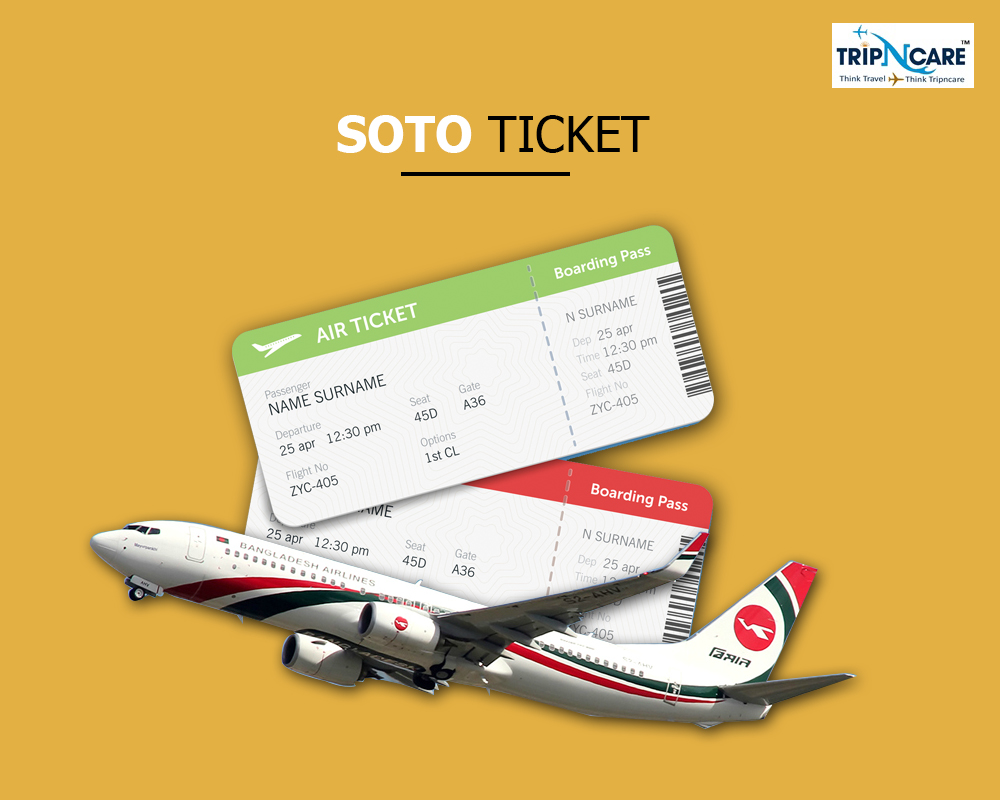 You might have often heard the term SOTO ticket. It is generally used in the case of airlines. SOTO stands for Sold Outside Ticketed Outside which means that you purchase your air ticket from a country that does not fall in your path of travel. For instance, if you are traveling from the UK to India but you buy your ticket in the USA, it is a SOTO ticket. It is also sometimes referred to as Situated Out Ticketed Out.

Booking a SOTO ticket might prove to be helpful in a lot of situations. You can book your ticket in advance for your future travel plans that too sitting in your home country. This has made travel easy and convenient and is good for avoiding the last-minute rush. You can also book a SOTO ticket for your aged relatives who are living in a different country and are not comfortable with technology. You can easily buy an e-ticket for them with just a few clicks.

Your airfare will obviously depend on the type of ticket. Tickets sold outside the origin country will generally cost you a few more bucks. It incurs an additional cost because of special fare construction regulations.

Difference between SOTO and other types of tickets

Some other types of tickets are SITI ( Sold In Ticketed In) It is bought in the country of origin. For instance, you buy a ticket in India to travel from India to Germany. This is the most common type of ticket. Another type is SOTI ( Sold Out Ticketed In). For example, you buy a ticket in London for a customer in New Delhi. SITO ( Sold In Ticketed Out) means the ticket is sold in a country that is featured in the travel itinerary but is issued in a different country. The International Air Transport Association (IATA) has however officially stopped the use of these terms.

Make travel happen with holiday ideas in your inbox