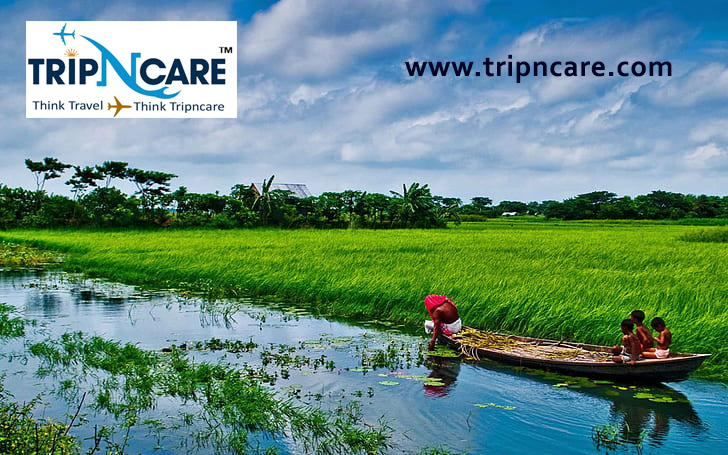 Bangladesh is south Asia's greenest jewel – a country braided with rivers, with a rich culture waiting to be explored by pioneering travellers.Kicking off in the capital Dhaka, experience the wild side of Bangladesh as you visit the tea plantations of Sylhet, the hilltribes of the Chittagong Hill Tracts in Bandarban, Rangamati and Khagrachari, and the Sundarbans National Park, on this fantastic 7-day luxury Bangladesh itinerary. Get to the heart of the local culture by taking in historic buildings in ancient cities like Dhaka and Chittagong, tasting delicious local tea, and interacting with local villagers.

Arrive in Bangladesh’s thriving capital, Dhaka, one of Southeast Asia’s most bustling, major cities, and head to your hotel. We recommend the humble-yet-comfortable Westin Dhaka. After settling in, head out to check out some of Dhaka’s must-see stops, including the National Museum and the National Parliament House, an imposing fortress designed by American architect Louis Kahn and considered one of the most important buildings of the 20th century. Relax for the evening at your hotel.

Spend today touring around the city, starting with Old Dhaka. Old Dhaka’s historic architecture conjures memories of times past when Dhaka was one of the largest and most prosperous cities of the Indian subcontinent. Next, spend some time at Ahsan Manjil, or the Pink Palace, and Tara Masjid, also known as Star Mosque, before embarking on a rickshaw tour of the city - a traditional experience you won’t soon forget!

After breakfast, head to Sylhet (5 hours away) via Srimangal, a major urban center in Bangladesh, which also happens to be the hub of the country’s tea industry. See the tea plantations from atop a bicycle on a tea estate cycling tour. Next, sample the fine flavours of Bangladeshi tea in a seven-color tea tasting. Finish off the day by making a trip to visit a local hill tribe, before heading back to your room at Nazimgarh Resort in Sylhet.

After breakfast, check out of your hotel before flying to Chittagong via Dhaka. Situated on the Bay of Bengal, Chittagong is the second-most populous city in Bangladesh. Check into your room at the Peninsula Chittagong, and get acquainted with your surroundings. Today, you’re off to see the Shrine of Bayazid Bostami, a tomb that is considered to be a holy place, attracting many pilgrims and visitors daily, who come to the pond to feed the black soft shell turtles-- a species declared as Extinct in the Wild in 2002.

Get into the true heart of Bangladeshi culture today by visiting a Chittagong Hill Tribe, who live a very basic lifestyle, largely uninfluenced by the outside world. See how the tribe members experience their day-to-day lives, growing their own food, weaving their own clothing, and more. This evening, catch a flight from Chittagong to Dhaka, where you will return to The Westin Dhaka.

Get ready for quite a unique experience today - you’re heading to the largest single block of mangrove forest in the world; also a UNESCO World Heritage Site, the Sundarbans. After breakfast, catch a flight from Dhaka to Jessore, from where you will transfer to Mongla. Upon arrival in Mongla, you will board a private boat for your tour of the forest and waterways. The National Park here is home to a tiger reserve, home to over 400 Royal Bengal Tigers and an abundance of other wildlife. If you are lucky, you can see the tigers up-close and visit a local village, where you can interact with the locals to get a taste for their daily life. Spend the night on your riverboat this evening.

Early this morning, enjoy the flora and fauna that flourish in the small waterway extensions that spread like roots into the forest. After breakfast, travel back to Dhaka via Mongla. En route, visit the Mosque City of Bagerhat, a formerly lost city. Walk around the Sixty Dome Mosque, a UNESCO World Heritage Site, which has been described as "the most impressive Muslim monument in the whole of the Indian subcontinent." Late in the afternoon, arrive back to Dhaka after crossing the mighty Padma River by ferry. From Dhaka, proceed to your departure flight.